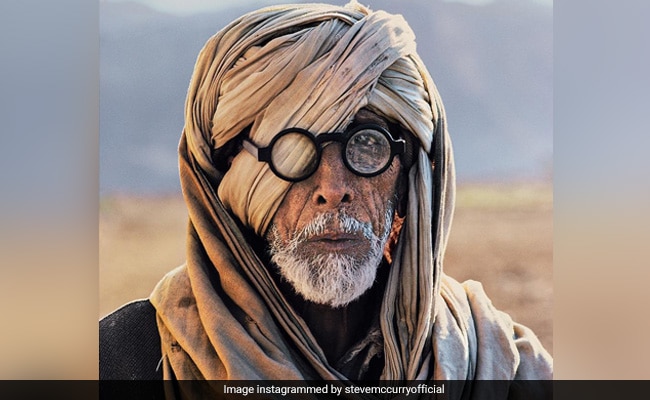 World-renowned photographer Steve McCurry has shared a photo of an Afghan refugee, which has once again caused an internet buzz that the man in this image is actor Amitabh Bachchan.

The photo of a turbaned, sturdy, bearded old man wearing glasses went viral in 2018. At the time, people shared the photo saying it was a photo of Big B from the sets of his film. Hindostan thugswhich also starred Aamir Khan and Fatima Sana Shaikh, with a special appearance by Katrina Kaif.

The resemblance between the portrait and the Bollywood actor is so uncanny that it has once again taken the internet by storm. Shared on Tuesday, the photo garnered more than 75,000 likes. Several people said the portrait looked a lot like Mr. Bachchan, others wrote that they thought it was Big B’s look for his next film.

However, it has been revealed that the man in the image is not Amitabh Bachchan and the image is not part of the image at all. Hindostan thugs or any upcoming Big B movies. In fact, he’s not an actor at all. In the caption, Mr McCurry informed that the portrait is of a 68-year-old Afghan refugee living in Pakistan.