PLAYER ASSESSMENTS: Gabriel Jesus scored one, created another and his movement was crucial in linking Arsenal’s attack together… while James Tarkowski made his mark for Everton

By Dan Matthews for Mailonline

Arsenal picked up a comfortable 2-0 win over Everton in their pre-season friendly at M&T Bank Stadium in Baltimore.

Gabriel Jesus opened the scoring for the Gunners in the 33rd minute of the match and then provided an assist for Bukayo Saka – who scored Arsenal’s second goal three minutes later.

Sportsmail’s Daniel Matthews reviewed each player’s performance during the pre-season friendly in Baltimore. 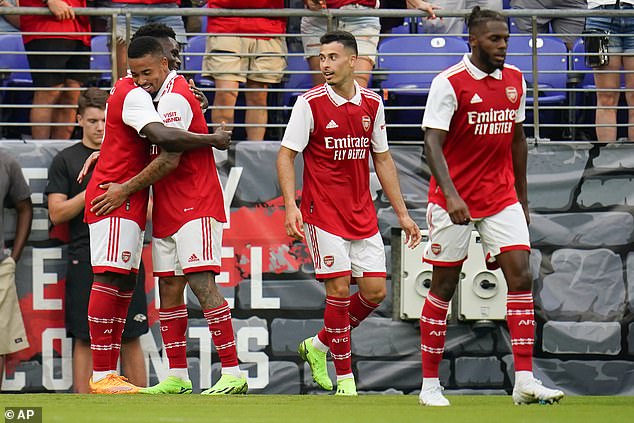 American has been acclaimed more for its local connections than for any meaningful contribution. Alert to sweep balls over the top but seemed hesitant with the ball at his feet.

His corner tricked both Ben Godfrey and Jordan Pickford to set up Gabriel Jesus’ first goal. Denied Calvert-Lewin at the other end with a fine coverage tackle before heading out at halftime.

His second Arsenal appearance was without major incident, which complimented his confidence against Calvert-Lewin. Switched to the right of a back three and was rarely troubled. 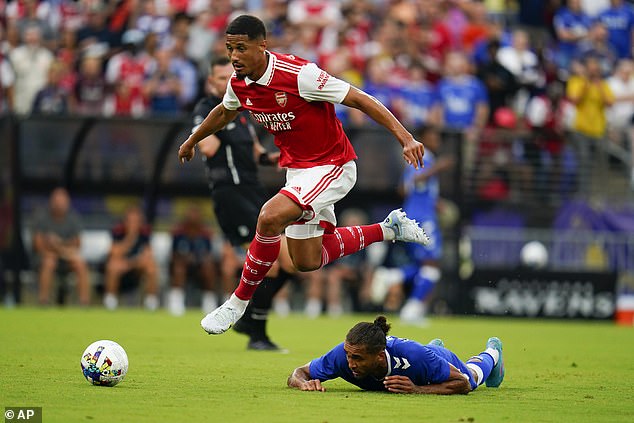 Got involved in an unnecessary scramble with Abdoulaye Doucoure in the first half, but it was as close as Everton came to cause him anguish.

A typically filibuster cameo from the left-back, who was a threat going forward but whose wayward positioning put Nathan Patterson in a dangerous position.

Almost opened the scoring with a chilling header that hit the woodwork. With the ball at his feet, however, the midfielder was surprisingly useless, giving Everton a few half chances.

Caught up in several messy challenges as this friendly game got unnecessarily temperamental during the first half. Was clean and tidy at the back of midfield.

His goal, finished from close range at the far post, was deserved for the trouble he caused Everton left-back Niels Nkounkou 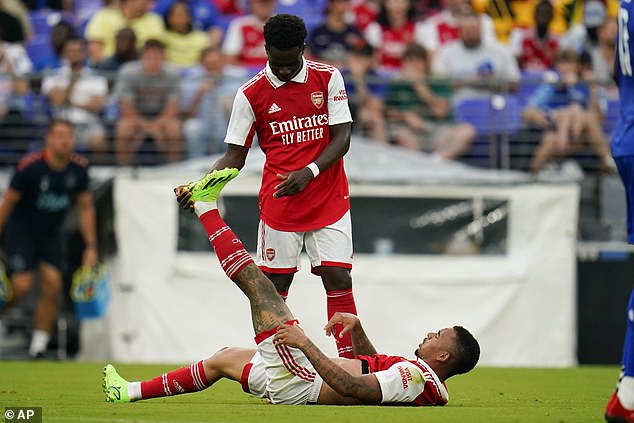 Had little impact on his comeback despite constantly looking for openings in Everton’s backline.

Carried a threat from both left wing and left back, but was disappointed at times with his end product.

Could hardly have asked for a better first start. Jesus scored one, created another and his movement was crucial in linking Arsenal’s attack. Brings intensity and bite alongside Arteta. 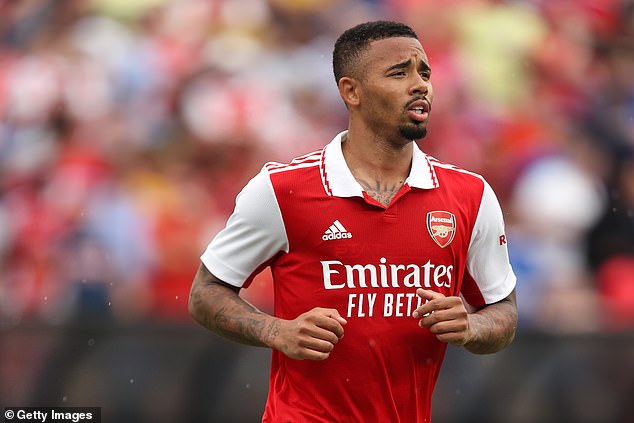 Tried his luck with a long-range effort as Arsenal pushed for a third in the second half.

Came on in the center of the Arsenal backline as Arteta moved to a back three. Rarely troubled.

Typically industrious and disciplined in midfield after coming on at half-time.

Struggled for clean chances but the striker’s hard work off the ball almost forced a third after a loose back pass.

Played very high as a right-back and right-back after his arrival but failed to create anything of significance.

Didn’t have much of an impact as the game fell apart in the second half except for a late curling effort. 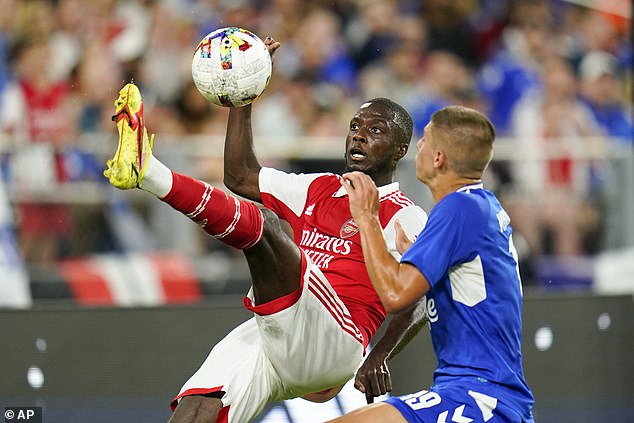 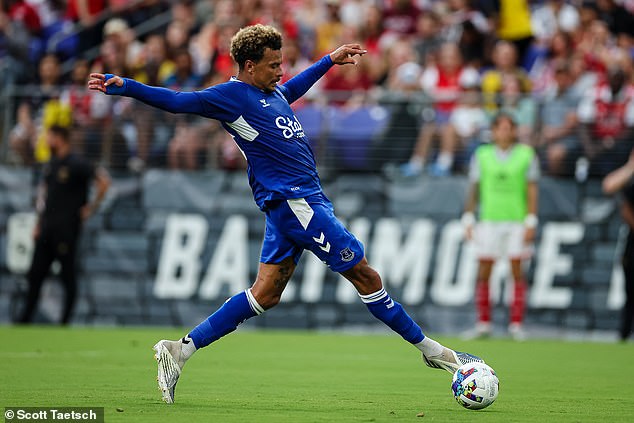