Red Bull driver Verstappen was the subject of boos and jeers from the crowd during his post-qualifying interview in parc fermé on Saturday, after qualifying second for the British Grand Prix.

There were also cheers from the crowd when Verstappen spun out of Stowe at the start of Q3.

Verstappen brushed off the boos at the FIA ​​press conference later, saying it was “a little disappointing” not to be able to hear interviewer Billy Monger.

“If they want to boo, they do it,” Verstappen said. “For me, it’s not going to change anything. I’m happy to still be here. It’s a great track, a great atmosphere in general.

“Maybe some of them don’t like me, but that’s okay. They all have their own opinions. I don’t care.”

Verstappen beat Hamilton in a fierce championship fight last year in Abu Dhabi, winning the title in controversial fashion after the safety car failed to restart before the final lap.

But Hamilton made it clear he didn’t agree with the boos during his home Grand Prix, saying: “I think we’re better than that.

“I would say we don’t need to boo, but we have such big fans and our sports fans, they feel emotions, ups and downs, but I definitely don’t agree with boos. 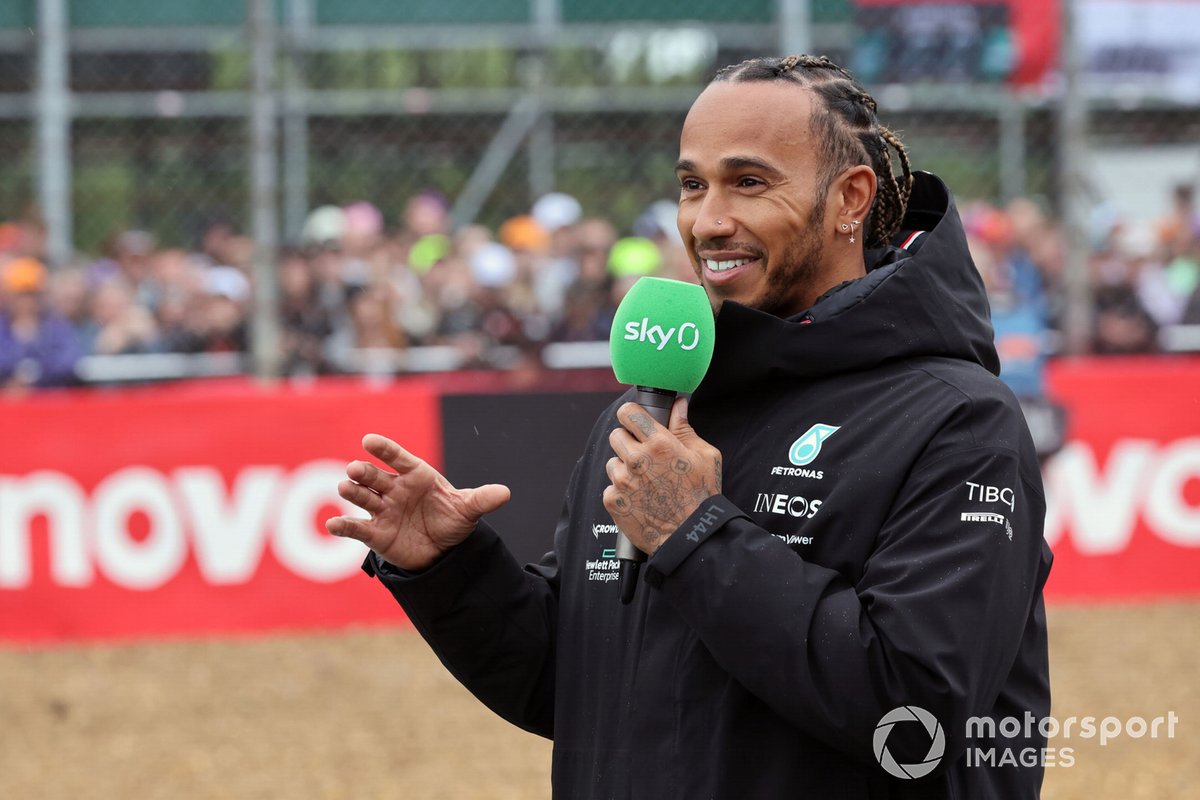 “I don’t think we need to do that. It doesn’t make any difference when you boo someone either, they’ve already made mistakes or whatever.

“But I really appreciate the support I’ve had here. I don’t know, maybe some of them are still feeling the pain from last year. Either way, I don’t agree. .”

It’s not the first time there have been boos amid the rivalry between Hamilton and Verstappen. At last year’s Hungarian Grand Prix, following their crash at Silverstone, Hamilton was the subject of boos from the crowd.

A number of drivers have discussed the abuse they’ve received from fans over the past few weeks. On Thursday, George Russell revealed he was booed by a random fan in Montreal and called for “the abuse to be eliminated”.

“I think it’s unsportsmanlike. Clearly we like the support the drivers have here and the team, it’s fantastic, and the enthusiasm. But if you don’t like the other guys, keep quiet. . That would be a good way.”

“The boos, I don’t think any of the drivers deserve to be booed no matter what happened last year, in any competition.”

Although Wolff said it was good for the fans to be “emotionally engaged” with F1, he said the boos were “one step closer”.

“Imagine standing there giving an interview or being on the podium, being booed is abusive,” Wolff said.

“That’s why emotional sport is controversial. [If] you are a fan or not a fan of one or the other pilot, it is good. But there is a certain limit that should not be exceeded.